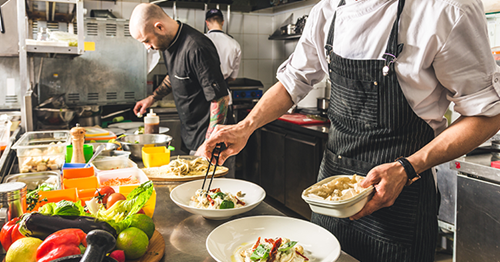 It is important that Labour hire providers and hosts are across recent changes to a number of awards covering the hospitality, tourism and aviation sectors. These changes include increases to minimum wages and new rules for annualised wage arrangements for restaurant, café and hospitality workers.

From the first pay period on or after 1 October, minimum adult wages will change under the following awards:

From 1 September, annualised wage arrangements for the Restaurant Industry Award and Hospitality Industry (General) Award changed to include:

These changes only apply to full-time employees covered by these awards. They do not apply to people employed as Managerial Staff (Hotels) under the Hospitality Award.

Only a limited number of industries are allowed to use annualised salaries in accordance with their awards. Some employers choose to use annualised salaries to simplify payroll and they need to be aware of additional obligations including keeping a record of the hours worked and doing an annual reconciliation to make sure employees are paid at least as much as they would have received if they weren’t on the annualised wage arrangement. This is to ensure employees are not disadvantaged by this arrangement.

LHA recommends that you check the Fair Work Ombudsman’s website for useful advice before putting these arrangements into place.